CRTM-6000G is the upper-grade model. It is a half-rack size and enhanced functionality; Excellent measurement performance with the resolution of 0.04 Å, Two-sensor connection, Three-channel analog output, Programmable I/O, and Multilayer film control up to 99 layers.

Up to two single sensors can connect. The measuring way is switch type only, not the simultaneous way.

The fast sampling rate at 125 ms is available to control with excellent response.

Managing 30 multilayer controller programs or process programs up to 99 layers.

Programmable up to 99 deposition sequences.

Adjust pre-heating and deposition rate in every three levels

RS232C is a standard option, so capable of PC control.

Capable of controlling up to four elements simultaneously, when installing an optional SS card.

When depositing simultaneously, this function is capable of synchronizing the deposition timing and stay the component ratio constant.

The program is saved in both the internal memory and USB.

Up to 4 elements of simultaneous deposition control by adding an optional SS card. 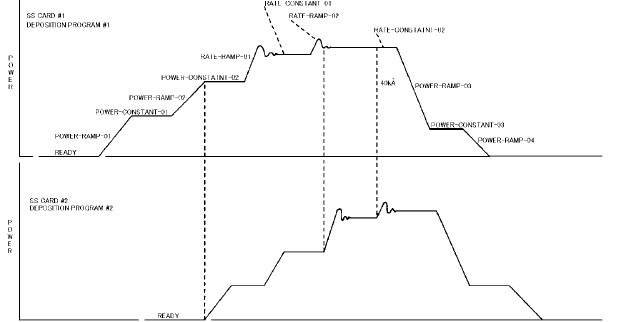 The conventional model calculates the film thickness on the quartz crystal as a single film before and the new. CRTM-9200, however, is capable to calculate the specific new film thickness more accurately. The Multi-Layer Calculation method also considers all deposition history about film thickness, acoustic impedance ratio, and density.

CRTS series has much potential to install with various deposition devices.

ULVAC's single sensors are so small to easily mount in the device. How to choose the best? Cech the tips;